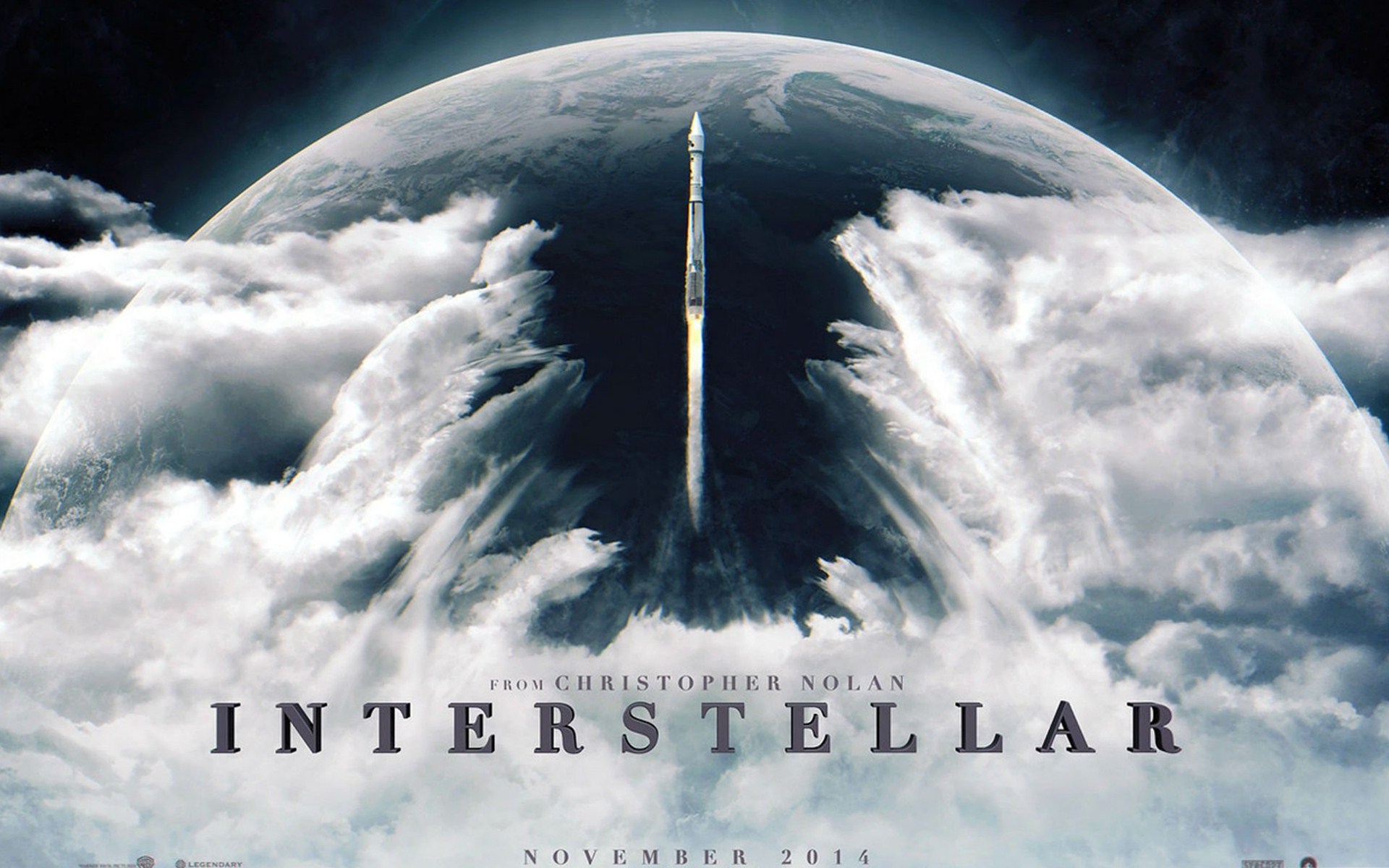 I believe Christopher Nolan to have one of the best senses when to comes to exploring the potential of the cinematic medium, And in most cases he comes very close to bringing us into a world where that exploration shows its results, I went into this movie expecting the best from him and to gently put i think the best is yet to come. Not what I felt when I finished watching it though. There is eagerness for grandure and tries to set a scope which rivals Kubric's 2001: A Space Odyssey, But the theming and pacing is inconsistent, and sometimes becomes too abstract in nature. I would put it as an evil of its own success. Yet it is also one of the best movies of this year.

For everyone who is too lazy to scroll to the bottom,It's a

There are few spoilers ahead so proceed with caution. Also this less of an review and more of my rant so bear with the digressions and my complete rant is at the end.

Set in the future which looks like past but with drones and laptops, The world is rattled by a environmental disaster, There is very little exposition on what has happened but the reality of the condition is what we have to fear. Humanity has used all its resources and crops are dying of blight, and the only thing that still grows is corn, Humanity has come to its knees and people are just farmers.
Matthew McConaughey plays Cooper, a NASA pilot who has become a farmer who lives along with his two children and father-in-law John Lithgow in a dust filled midwest, in a ramshackeled home. Yet he reminisces of the exploratory nature of the humankind which has been lost. While a farmer the engineer in him is still alive, case in point a chase in corn fields to capture a drone (Indian, nonetheless), to extract the battery and power the farm.
Cooper's daughter played at this point by Mackenzie Foy, has a nature of an explorer with the right amount of teenage mischief, and see signs which she is very eager to explore.
Cooper is re-recruited by the now just a secret NASA, to head out on an mission following other explorers before him to find a new home, a new planet for people of earth to live. Yet he is grounded by the attachment to his daughter, Yet Cooper does leave his family behind on this mission.
There is emotional heft that is generally missing in Nolan's movies. You do take off with him on his mission thanks to powerful sound and background score by Hans Zimmer.

And from here starts the interstellar travel, Cooper is joined by Dr.Brand played by Anne Hathaway and two other scientists thanks to a wormhole near saturn,
The space is shown beautifully in all its vastness and be it the spaceship in one corner of vast space or be it lost against Saturn's rings, All the hype surrounding around the IMAX shots are worth it.

As they enter the wormhole and reach a new galaxy, there three possible worlds to explore, and relativity takes centre stage. Time is also a resource as worded by Dr.Brand which needs to be thought of different from the regular sense, One hour on one of the planet is equal to about Seven years. The actual implications of this relativity is shown as Coopers kids grow up. His teen daughter is now his age played by Jessica Chastain and without spoiling too much plays a much bigger role in the movie.
Then there is Dr Mann played by Matt Damon who was one of the earlier explorer on another planet who is surprise entry to the movie in many ways.
As with all of Nolan's movies things get trippy towards the end and goes into the completely theoretical and a sentimental set of events, and becomes more abstract towards the end. the movie puts focus on the father-daughter relationship quite heavily and towards the end is more mind numbing that head scratching,
As mentioned earlier the movie suffers because of its own premise and promise of grandure. But the movie has still some the best and stand out performances and plenty of one-liners. One of the other stand-out things for me was the a metal blocky robot voiced by Billy Irwin which/who has both a Humour and Honesty setting which can be configured.

It's a movie thats not be missed, and has to be watched on IMAX for the best experience. 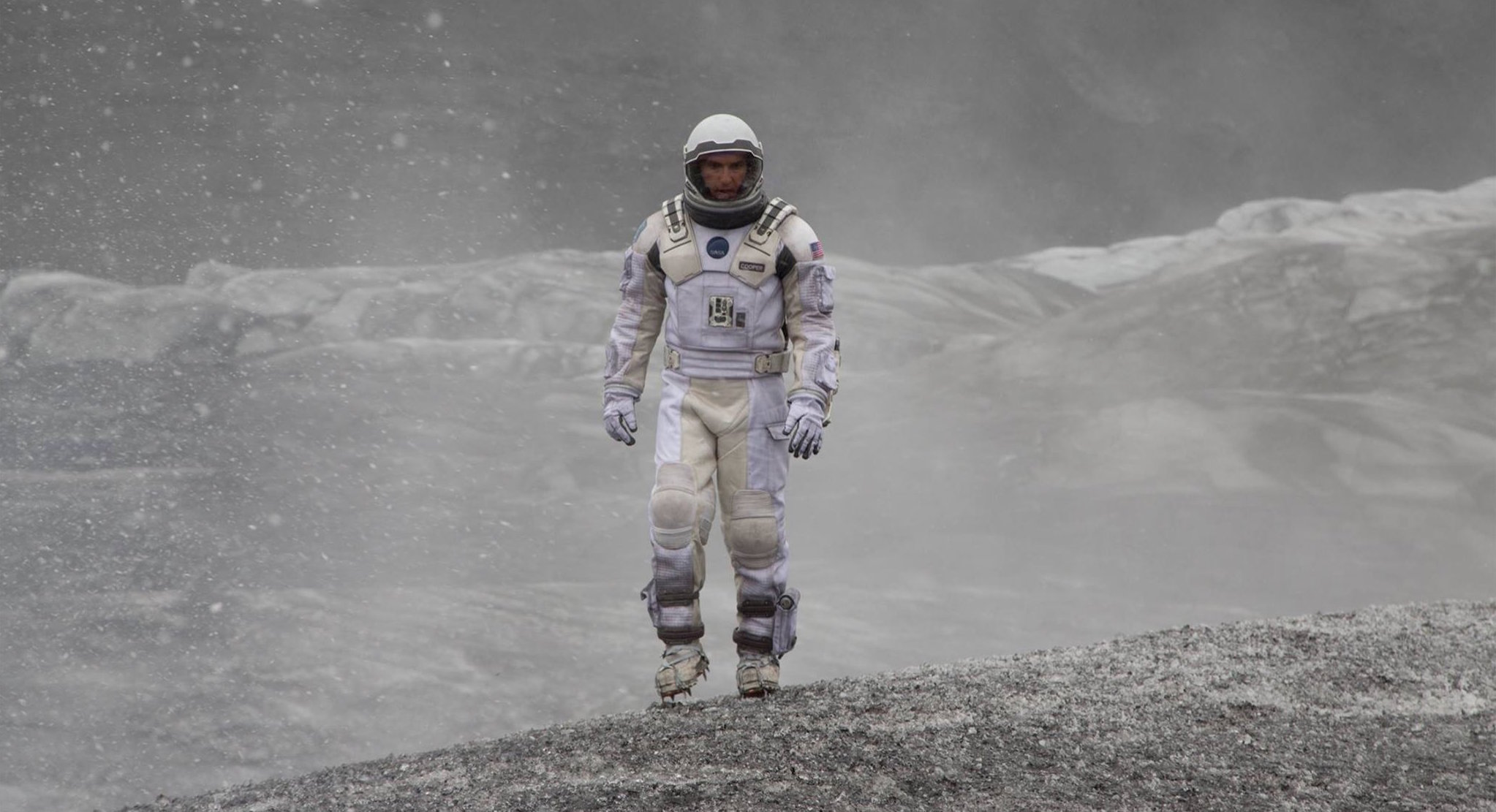 I do feel there is a specific reason why the drone is termed Indian, I think that it is a subtle jab at the current decline in US when it comes to research and also the growth of countries like India where there is more focus on innovation than ever before.

What turned me off the most was that humanity is shown to have given up one if its most basic nature which is to be explorative, A character in the movie sighs "we don't need any more engineers, we need farmers" with applause from audience who are mostly engineers are watching this movie on an IMAX screen because they are engineers, But I don't think that humanity will ever give up one its most basic instinct and just be happy with settling down to survive.

Also Cooper is shown to be somehow the cowboy who can come out of any situation on top and even manages to come up manoeuvres which defy the basic physics which the movie tries so hard to get it right.

Also the Dr.Mann who basically becomes the antagonist during the movie is somehow a mystery on his own. While he is pitched to be the prime explorer, him coming to terms with own reality somehow feels rushed, corny and somewhat downright bizarre.

I do respect Jonathan and Christopher Nolan when it comes to screenplay and story development, but i really do feel that the movie needed a little more time in Oven to come out fully baked.